Radio Nacional de España's travel show Nómadas is aired from one of the crystal studios the Turkish public broadcaster (Türkiye Radyo Televizyon Kurumu) has installed on Antalya's squares to approach this media to its citizens. Public and private radio stations coming from countries such as Romania, Bulgaria, France or Germany also take part in this event by producing their own programs on the spot. 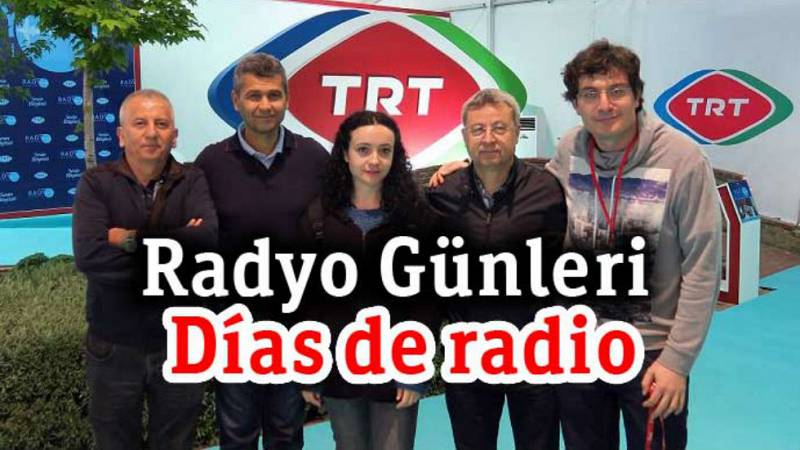 This coastal city in southwestern Turkey has been chosen to host Radyo Günleri 2016 (Radio Days), a four-day celebration of the first radio broadcast ever aired in this country, on 6th May 1927. The most appealing part of the venue is the Radio Village: a roofed 1,000 square meter exhibition featuring a small museum and many recording studios. Visitors can try voice dubbing, improve their diction or make their own newscast, which is recorded and delivered as a remembrance.

In this special edition, Nómadas strolls along Antalya's streets accompanied by Mexican pianist Lizeth Maupomé Artal and Spanish entrepreneur Mariano Amo, both living in the city. The show also gathers voices from TRT's professionals such as its Deputy Director General, Erkan Durdu, or Amber Turkmen, head of the public radio network.

Antalya is not a well known destination among Spanish travelers despite its excellent beaches, natural reserves and valuable archaeological remains. The city has carried out exciting projects in the last years, such as the restoration of its old quarter or the Expo 2016; nevertheless it's now suffering a important decrease in the usual inflow of tourists –mostly Russian and German– due to the terrorist global menace and international conflicts.