2016 marks the 400th anniversary of the deaths of both Miguel de Cervantes and William Shakespeare, respectively the greatest writers in the Spanish and English languages. To commemorate the occasion, Hay Festival, in collaboration with Acción Cultural Española and British Council has produced an anthology of contemporary short stories under the title Lunatics, Lovers and Poets: Twelve Stories after Cervantes and Shakespeare. The anthology includes stories by 6 Spanish-language and 6 English-language writers from around the world and was recently presented in the National Library of Spain in Madrid and the British Library in London.

In today’s programme we speak to Nobel Prize winner Mario Vargas Llosa and to the producers and writers of this unique literary contribution to the Cervantes and Shakespeare anniversary celebrations'. 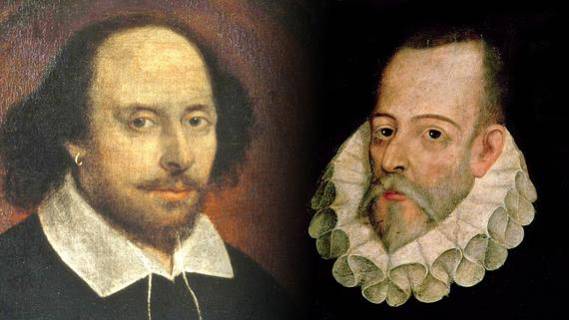