In addition to an unprecedented public health crisis, the Covid19 pandemic is producing a global economic depression. Forecasts for Spain are among the bleakest in the wealthy western world. And just as the disease itself caught public authorities by surprise, it appears they are equally unprepared to respond to the social crisis it has produced.​ Spain has a high percentage of irregular workers, those people whose livelihoods are not counted: the street vendors, musicians and performers, the precariously hired messengers, maids, housekeepers and caretakers for the elderly and infirm. Without work these people have no recourse to income. In the central Madrid neighborhood of Lavapiés, a community football club, "Los dragones" and a local theater, El Teatro del Barrio have stepped in to help where the authorities have yet to appear. La Plataforma LaCUBA, "Lavapiés Cuidando del Barrio" is an all volunteer food bank and kitchen. In today's program I speak with Manuela, a neighbor and a volunteer at LaCuba. 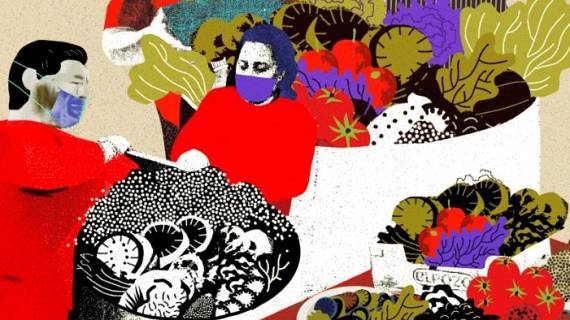